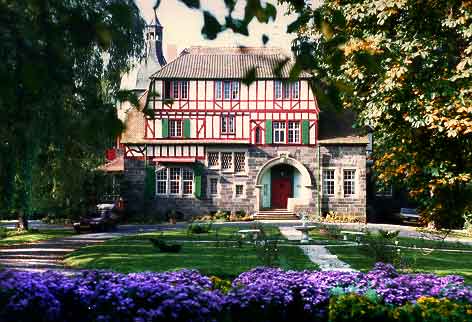 This is where we used to live. The house was built in 1899 as a hunting lodge, modelled after a
Scottish hunting castle. It originally looked quite different as you can see in the
picture below: 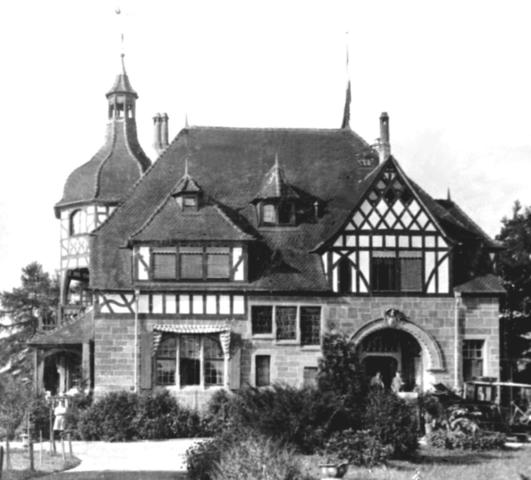 Many changes were made over the years, the most dramatic
after the house was damaged by major bombing attacks
in the area in 1944. We hope that some day the house
can be returned to its original appearance.

The house has approximately 20 rooms and much of it is
protected as a historical building.